Thank you for taking the time to share your experience!

Please use the buttons below to be directed to the correct page for your region! so you can share your unique experience and photos with us and other Washington State homeowners.

Leaving an honest review will help other homeowners understand what we mean when we say that Renewal by Andersen's Signature Service is the most important part of our process. 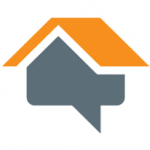 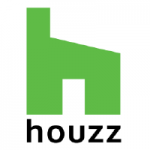 Renewal by Andersen of Spokane

Always very clean and professional and leave our house spotless. Almost all of our windows are andersen windows now and we love them. We have saved about $20 a month on our gas bill will replacing a few, cant wait to see how much we save now! Abraham and Lincoln are some nice guys and do excellent work. Very pleased.

February 01, 2020 by Ronald McMackin on Renewal by Andersen of Spokane
home owner

January 29, 2020 by Rachel West on Renewal by Andersen of Spokane
Great service!

February 18, 2019 by Ruth Hurst on Renewal by Andersen of Spokane

Two windows were replaced in my home on Oct 25th by Shawn & Josh. Not only did they do an exceptional installation job, but they had to fix the botched job of the original installer. The finished product is awesome. Thank you Shawn & Josh for your expertise, your professionalism, and your courteous demeanor.

by Anna Koesel on Renewal by Andersen of Spokane

Adam & Josh did a great job replacing our windows and door. Windows look great and everything was left clean.

by John Christy on Renewal by Andersen of Spokane

Adam and Josh are two young men that obviously enjoy the craft of installing Andersen windows. It is clear that they appreciate the quality of these windows and express that in the skill with which they put into their installation. They were very helpful with answering my questions about my new windows. They went the extra mile to explain what products I should buy for cleaning and maintaining my new windows. I want these two young men to return to install my next set of Anderson Windows.

by Larry on Renewal by Andersen of Spokane

From the salesman Matt, to the measuring and then the installation, All were very knowledgeable about the product. We made some changes to our initial order while Jerry was here doing the measuring, He was patient and answered all our questions. The installation crew Adam, John and Josh went above and beyond to make sure the installation was clean and went smoothly. They ran carpet runners everywhere and cleaned there areas as the job progressed. When done clean up was well done and the walk through was a breeze. Highly recommend these guys.!!

by Rebecca Menzel on Renewal by Andersen of Spokane

Adam and Josh were great! They showed up on time and worked quickly. My 1907 windows that leaked air are gone but the historic style isn’t. And it didn’t cost nearly as much as I expected!

by Bonnie Guderjohn on Renewal by Andersen of Spokane

They were professional, cleaned up beautifully, and were exceptionally considerate of my husband and the wildlife at our house. They were very polite and did everything they could for us. Thank you so much Chris, Tanner and Tyler!!!

by Debra Bird on Renewal by Andersen of Spokane

We had originally had the installation scheduled for mid-August, but had mentioned if they could do it sooner, that would be great. A cancellation led to us getting our 7 windows replaced almost a month early. The crew, which started out as 2, Tyler and Robert, arrived at just about 8 AM. They got to work immediately, were courteous, professional and wasted no time getting to the project at hand. Later in the day, another crew showed up because they had fewer windows to install a block or so over and got finished early., Chris and Adam, and suddenly everything was in fast forward. The entire job was finished before about 4PM, I think. They cleaned up and we discovered that something may have been vacuumed up as they went along. I was amazed that they actually emptied the vacuum cleaner bag and we found the missing objects (part of a master model that had gotten knocked down as WE prepared for the windows to be installed.). The crew went above and beyond by looking for the small plastic parts in that vacuum cleaner bag. I know, when we are ready to replace the remaining windows, we will be calling on this same company! They are awesome, efficient and friendly, yet very professional. Very pleased with everything they did, and the windows are beautiful, and functional, and we can already feel a difference in the house.

"Our installers were absolutely marvelous-personable, polite, very fast and knowledgeable and willing to answer any and all questions. They finished one day sooner than they were scheduled for. And we really love our new windows-we are now totally draft free, and they will be so easy to clean. Also the new screens are almost invisible!"

© 2019 Renewal by Andersen in Spokane

1Offer not available in all areas. Discount applied by retailer representative at time of contract execution and applies to purchase of 4 or more windows and/or patio doors. Offer cannot be combined with other promotions or offers. To qualify for discount offer, initial contact for a free Window and Patio Door Diagnosis must be made and documented on or before 3/31/20 with the appointment then occurring no more than 10 days after the initial contact. No APR for 18 months available to well qualified buyers on approved credit only. Not all customers may qualify. Higher rates apply for customer with lower credit ratings. Financing not valid with other offers or prior purchases. No Finance Charges will be assessed if promo balance is paid in full in 18 months. Renewal by Andersen retailers are independently owned and operated retailers and are neither brokers nor lenders. Any finance terms advertised are estimates only, and all financing is provided by third-party lenders unaffiliated with Renewal by Andersen retailers, under terms and conditions arranged directly between the customer and such lender, all subject to credit requirements. Renewal by Andersen retailers do not assist with, counsel or negotiate financing, other than providing customers an introduction to lenders interested in financing. Renewal by Andersen of Washington License Number: RENEWAW856K6. “Renewal by Andersen” and all other marks where denoted are marks of Andersen Corporation. ©2020 Andersen Corporation. All rights reserved. ©2020 Lead Surge LLC. All rights reserved. 630SEA